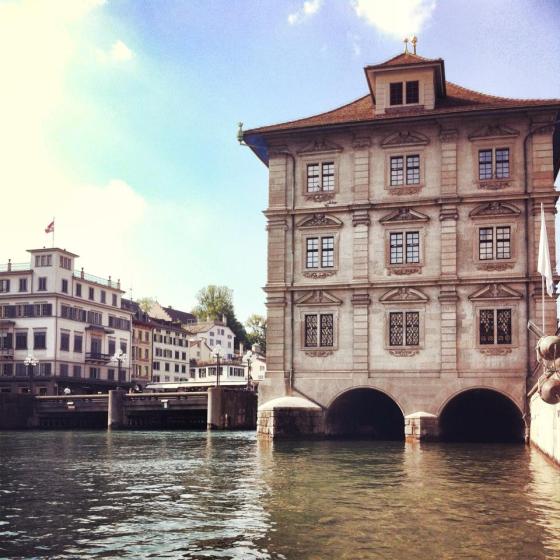 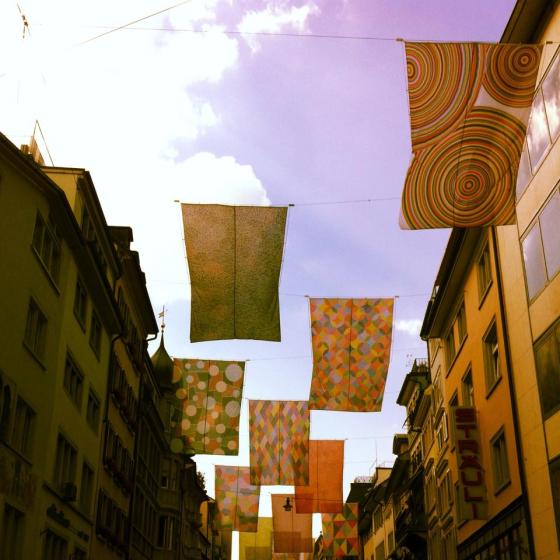 Discovering every inch and corner of the city

And some sleeping beauties

While you are not here

But in this city

I am more generous

I just can’t help myself

From far away then closer

Subways above the streets

Passing nearby my room

Thick curtains of the window

Isolating me from the big city

Still in movements at night

You are in a different time zone

Thirteen hours ahead of me

You wake up when I join the angels

How close you are to me

Though the noises we hear

Are from different world

Dark room I am in

The big city let me sleep

And love you in noises

Welcoming you in your morning

On the other side of the world 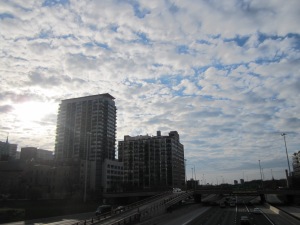 And ended up in South

I was blind to directions

I walked and walked

I crossed town and bridges

My footsteps were hesitating

I am only determined

I was a tourist in the new city

I was no tourist in my love for you 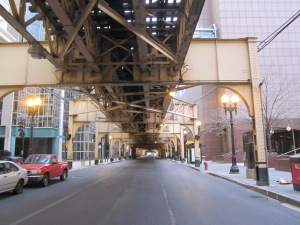 Look at the rain long enough, with no thoughts in your head, and you gradually feel your body falling loose, shaking free of the world of reality. Rain has the power to hypnotize (South of the Border, West of the Sun – Haruki Murakami)

In Saigon when it rains, small kids run out in the streets, shout out of happiness and welcome the rain. They play until the rain stops. Tropical rain gives a bit of freshness to the constant heat of the city, but hardly lowers the temperature. But rain is indeed a moment of relief.

When I was a kid, I used to watch the kids of my neighborhood playing under the rain. I watched them from behind the garden. I had never tried to go under the rain and join the kids. One reason was that from the age of six to ten, I considered myself autistic because I hardly talked and always played alone. I had never liked team game. I played by myself pretending to be a teacher the whole day, giving lessons to an imaginary class. That was my favorite game as a kid. So the whole thing of joining other kids was a little bit too much of the efforts for me. The other reason was that my grand-mother had the tendency to overprotect me. She had always thought that if one raindrop ever fell on my head, I would catch cold and be sick immediately. I stayed with the idea that I was very fragile when it comes to weather. I always believe I can only survive with sunshine. Though it was not true at all when I grew up, I still liked the idea of my grandma treating me like a frail princess. But this also means that during my whole childhood in Saigon, I had never been once under the tropical rain. I had always found it very tempting. I just watched the other kids playing under the rain and imagined myself doing the same thing.

Yesterday when I left my friends after a drink, dark clouds were moving erratically above my head, sounds of the thunder resonating from far, the storm was coming up. No umbrella. The tram stop was just there. I decided not to take the tram.

It started slowly. A few light raindrops. Then a few more. Heavier and heavier. People started to run for shelter. In just a few minutes the streets were empty. The city was mine. Nobody was crazy enough to walk under the storm. I made a few detours, walking through my favorite square in town. The view of the illuminated and imposing Cathedral was half hidden by some old buildings even more imposing at night. I made a stop in front of my favorite chocolate shop, window watching, beautiful cakes and chocolate boxes were nicely and artfully exposed. I smiled like a kid at the view of those gorgeous delicacies.

I felt the thick raindrops on my skin. But it was not like a tropical rain. It took me a while to start to feel that my dress and my sandals were finally soaked. I crossed the bridge. Not a soul. I stopped in the middle of the bridge where I could catch all the raindrops and stars; each of them fell into the lake and disturbed the movements of the waves. Black and dark water dancing with the raindrops. Further away a small water fountain illuminated in white, a kind of symbol of the city, arisen in the middle of the lake, looked more like a twinkle star than a fountain. Perfect temperature. I felt like having a shower outside, in the most beautiful city in the world. My brain was empty. My heart was quiet. It was just me and the raindrops. Nothing in between.

Suddenly something came from behind. Someone touched my back. I turned my head. A friend. As soaked as me. The only other soul on the bridge beside me. Coincidence. Fiction. Dream. We walked together for a few minutes. We did not talk.

I felt rescued. I had found peace through rain.

This morning, I started to sneeze and snivel a bit. I thought of grandma. Maybe she was right. I am a bit fragile but not as much as a princess. I finally tried the rain with no protection. I did not play under the rain. I just wanted to experience a new thing. And by the same occasion let it rinse my sadness.

This morning I wake up thinking of Boston. Probably because of the color of the blue sky. Boston has this crystal clear blue blue sky. No clouds. Vast and endless view above your head. Summer or winter this blue sky is specific to Boston.

Suddenly I have a thought. I want to bring you there. I want you to see this blue sky with me.

I think you would love Boston, a city with an incredible intellectual vibe. Around 60 colleges and universities are not nothing. I would love to bring you there, so you could see my tiny flat where I used to live. I would show you everything of my two-years life over there. I want you to feel the loneliness I had always felt when I was there. Two years cut off from the world, because the American education and way of work is indeed all about excellency but is also pityless and close to some kind of slavery sometimes. I had learned a lot but, oh well, I was so lonely over there.

I want to show you my favorite spot for coffee and bagels, my favorite Vietnamese restaurant in Chinatown. I want to show you South Station where I used to take the Chinese bus to go to New York when I could not stand the Bostonian loneliness anymore. Those Chinese buses, you need to experience that. People tell you to never take them if you want to stay alive. I find them great, in three hours you are in New York, for 15 bucks. Yes, of course, they drive like crazy.

I want to see you rowing on the Charles River. This would be a perfect picture. Your blond hair would shine together with the reflections of the water. You would smile because it is the kind of peace you would like to feel, together with me. Then I would show you Harvard not only for the building and its history but for the best burger right in the corner. Burgers with names of stars, the Lady Gaga, the Barack Obama ones. You smile already, see, you would love it. I would show you my favorite bookshop at Harvard Square, I would read some Sylvia Plath’s poems to you in my special Asian accent.  “This is winter, this is night, small love. A sort of black horsehair. A rough, dumb country stuff . Steeled with the sheen. Of what green stars can make it to our gate. I hold you in my arm. It is very late. The dull bells tongue the hour. The mirror floats us at one candle power.”

We would walk through Beacon Hill at night. Beautiful and romantic Beacon Hill. Weak and dark light from the old street lamps. Streets with trees and leaves. Perhaps now and then I would be scared of the dark and would rub shyly against you. I would allow you to hold my hand even though I never liked walking hand in hand with someone. For you I would make any kind of exceptions. I would tell you all you want to know about me. Questions I don’t answer here at home, I would answer you there. There would be coffee breaks during which we would read on our own, we would stay quiet and enjoy our silent complicity.

During those few days you would see me through my mind. And my body. At nights I would make love to you. You would discover me, over and over again. We would find a solution to any problem we could have. Which is none. I would kiss you a thousand of times, countless kisses melting with you in the late Bostonian nights.

Now I will call you to tell you that.

And I see the smile in your eyes already.